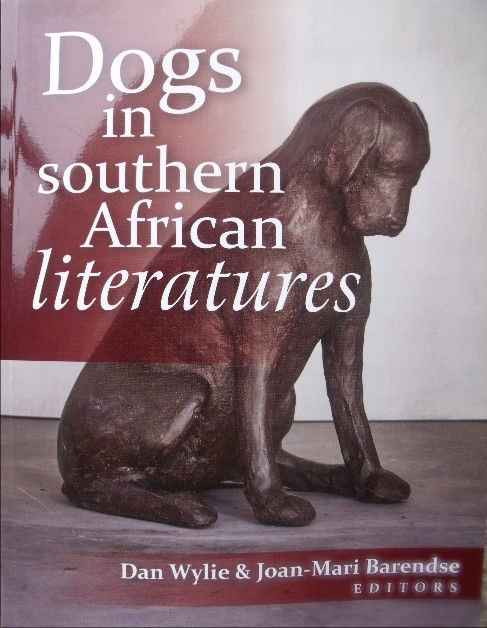 [From the Introduction] If you look at almost any late eighteenth- or nineteenth-century painting of early urban settlements like Cape Town or Port Elizabeth, or depictions of African rural life or of trekkers hauling their wagons into the southern African interior, there in a corner, or sitting at someone’s feet, or just sloping discreetly along ... is a dog. This is the common status of the dog in our literary texts, too: ever-present but seldom centralised, remarked upon, or explored —let alone accorded agency or a voice. Yet the dog’s very ubiquity raises a host of questions.

What was the position of the dog in pre-colonial societies? How did local domestications articulate with relations with wild canids such as hyenas, jackals and African painted dogs? In what ways have dogs helped to form our different communities’ sense of themselves?What local inflections on dog-breeding, work, protection, and relations with other animals are discernible and important to the unfolding of southern African history? Other animals have been vital to human societies, religions and economies, and have been explored to a degree—William Beinart on sheep, Marguerite Poland on Nguni cattle, Sandra Swart on the horse—though seldom by way of their literary—fictional and poetic—representations. Such representations raise yet further questions about the reach and limits of artistry and imagination, of anthropomorphism and the problem of ‘animal mind’, of symbolism and language itself.

This collection, then, is the first of its kind to touch on such questions as they pertain to southern Africa’s dogs. It arose from a conference, a spin-off of Wendy Woodward’s successful series of colloquia on Animal Studies at the University of the Western Cape. The “Dogs in southern African literature” theme was mooted by Dan Wylie and Sam Naidu from Rhodes University, and ably organised by Andries Visagie and Joan-Mari Barendse at Stellenbosch University in April 2017. Karla Armbruster of Webster University was the keynote speaker, and kindly agreed to provide a foreword to the present collection.

Presentations at the conference—not all of which have transpired as articles here—were wide-ranging and enthusiastically received. They also manifested a common difficulty. Although dogs are ubiquitous in our literatures, they are not often so centralised in the narratives or poems that they bear much scrutiny. (Think of how often that phrase A dog barked is almost unthinkingly, yet tellingly, interpolated into a story, as an atmospheric filler, but in itself allows for no complex analysis.) Consequently, a number of papers ended up manifesting a fascination with this or that theoretical approach, rather than on the sometimes scanty appearances of dogs in the text ostensibly being studied. Nevertheless, as these articles show, the more one looks, the more do dogs appear—real, symbolic, metaphoric, proverbial. Moreover, advances in theory, especially in the burgeoning areas of Literary Animal Studies, ecocriticism, and post-colonial studies—not to mention biology, neurology, consciousness studies, ecology and animal geography—are making major inroads into explorations of the meanings of animal representations. In our age of, on the one hand, mass breeding and utilisation of some animals, articulating with, on the other hand, mass extinctions in the wild, we are paying increasing attention to the social, ecological and moral importance of animals. Amongst those global theorists invoked in this collection, Jacques Derrida, Donna Haraway, Timothy Morton, and Deleuze and Guattari will be confirmed as particularly influential. In the southern African context, only J. M. Coetzee might be accorded similar stature, notably via his 1999 work The Lives of Animals. If Coetzee makes relatively slender appearance in this volume, it is not to question his importance; it rather reflects the fact that his depictions of dogs and of animal rights issues have been repeatedly examined elsewhere, so we actively encouraged participants to seek out previously unresearched representations of dogs. To a lesser degree the same applied to Marlene van Niekerk’s Triomf, whose dogs have been quite frequently remarked upon. One glaring omission is Percy Fitzpatrick’s more-than-famous Jock of the Bushveld, which is surely ripe for a post-colonial re-evaluation; that project remains open for some future scholar!