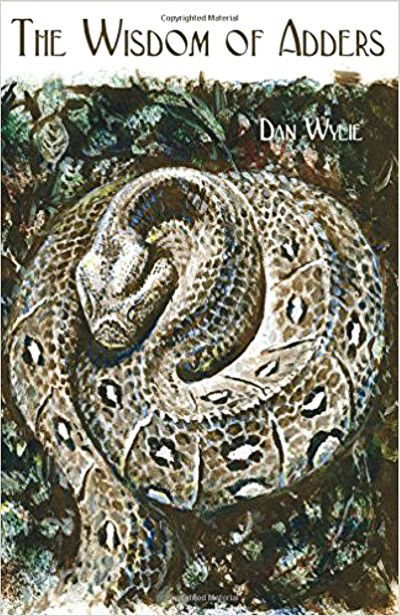 The Wisdom of Adders

Possibly the only futuristic novel set in South Africa’s Eastern Cape. It is 2170, and Shawn Xaba is a disaffected twenty-year-old who sets off from her suffocating village to find her long-absent father. She crosses a degraded landscape – the result of a long, global ‘slow apocalypse’ – encountering helpers and marauders in equal measure. A strange jackal accompanies her, and then there are the adders... This is not ‘sci-fi’, but a realist speculative fiction, somewhere between utopia and dystopia.

“Oh, please, you all know exactly who I am.”

“State. Your. Name. For the record.” The Beadle’s voice was so dry it reminded her of grasshoppers’ legs.

And so it went on. She entertained herself by discerning faces in the old woodwork of the courtroom, and imagining the hunchbacked, stunted form of the Beadle in bed naked with a goat. The charges were read, the crime confessed, the sentence swiftly passed.

“You are hereby directed to travel to the coastal Coal Line and return with one fiftykil of coal for the pottery furnace. You will be accompanied by Little Miggle, who is similarly sentenced –”

“What did Little Miggle do?!” she interrupted.

The Beadle pursed his lips in annoyance. “Little Miggle,” he said drily, “shot a north farmer’s prize. Black. Pig. Accidental, to be sure, mistaken at night for an invading Zumista. But expensive to the farmer. And,” he added heavily, “Mali will go with you to ensure both your compliance and your safety.”

The gavel came down. “You will leave day after tomorrow; thereafter you have forty-eight hours. And you will fix the cathedral pews. Next case!”

On her way out of the courtroom she had to step aside as Monitors shepherded in Kato Marnus, looking defeated and unkempt. She met his eyes briefly as they passed; it was uncomfortable, though something in her still liked him well enough, for all his unreliable impetuosity, or because of it; and she knew that her sympathies for him had been conveyed in that glance. She would probably never see the poor man again.

Then she was out in the sun, feeling all at once shivery, fuming, and justly chastened. She walked down Haarstreet from the court to the cathedral, where she found her tool-bag slumped where she’d left it the previous day. She climbed the old stone spiral stairs up to the first level of the wrecked spire, holed up there for a while where she could watch the day wind down through the bolsters of the stone balustrade. When the late afternoon traffic, such as it was, had thinned, she walked back up Haarstreet, and turned right at the clocktower where a couple of red-caped vaasity Demmicks were heading home, too lost in their arcane thoughts to pay her mind. She made her way down Summerstreet, where only a couple of donkey-carts passed, and the Tick hummed obliviously by in his pretentiously rare silver hovakka.

She was heading for the Fish-Bone, but on a whim turned aside to wander for a while through the jumble of little market stalls and grimy cubby-holes of Peppergrove. Here in the crannies of piss-rank alleys, under awnings and living in boxes of materials mostly gleaned from the deserted outskirts, were the poorer petty traders, a few travellers who dared the Atomscorch-run through to Nummers for trinkets and techno-baubles, and the hardy karretjie carters bringing crafts and foods from the scattering of outlying farmers and hunters. Of all the browns around – everyone was some variety of brown, except the odd throwblack or whiteback – the karretjies looked most like Shawn herself, bony and hardy with far-seeing eyes creased above high cheekbones. Their lifestyle, they boasted, austere and unforgiving, had lasted unchanged for centuries.