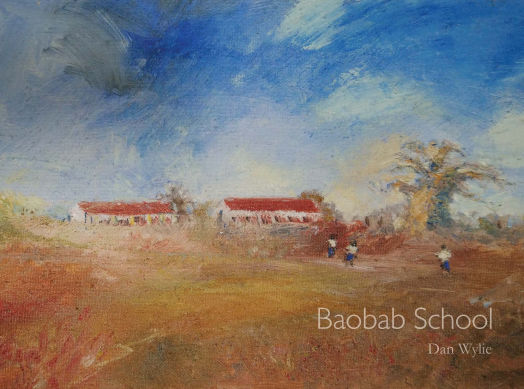 How does a ‘Rhodesian’ ex-soldier atone? How does he really get to know the majority population of his own birth-land, from whom he has always been sheltered and cut off? He might try teaching at an all-Shona bush school in the post-Independence years. What does it mean to be an English teacher during the turbulent 1980s? What does it mean to be a teacher at all? Douglas Bracewell takes the plunge to find out.

A fictionalised version of real experiences.

excerpt
Where does one begin, in a world turned upside down?
Perhaps just with the feel of flesh or bark beneath your palms. A patch of skin; or a patch of bark.
The baobab stood in the middle of the square between the long classrooms. Shiny IBR roofing ticked in the sun. The verandas were supported by metal poles of chipped Aegean blue. On the December morning I arrived to scope it out, the baobab’s leafy branches laid a dense network of shadows across the russet dust of the square. They snared me. While I waited for the headmaster, I stroked the great tree’s bark, its bosses and valleys. Pink and discomfited as a foreigner. Also a matriarch. It would take twelve schoolgirls holding hands to encircle the bole. Some African legends said the baobab had been planted upside-down. Roots, more beautifully grotesque than pythons, polished in places, presumably by hundreds of little bottoms, wrestled out of the earth; branches buckled against the sky with an anarchic poetry.
There was something I was wanting to wrestle out of the earth, but I wasn’t clear yet on how to articulate it.
The headmaster’s tour of the school – its low-slung classrooms, the domestic science room, the two hostels, the half-circle of staff cottages, the dusty sports field with its giddy netball poles – felt almost irrelevant. So did even the blue-skirted girls I could be teaching shortly, staring and giggling behind their hands. It felt more, at that moment, about what I might get away from. I struggled with indecision, but not for long.
It was the baobab that clinched it.
‘I’ll take the job,’ I said. ‘If you’ll have me.’
He laughed. He was a very tall man, his suit apparently unaffected by dust, his manner as polished as his neat brown cranium. ‘You do seem to speak English, a little.’
‘My university seemed to think so.’
‘You will bring your wife with you?’
I wriggled, ‘No, I nearly got married – to a Scottish woman – but no. Just me.’
‘Well, you are still young. Maybe you can find a wife amongst us here!’ He chuckled, but actually seemed to think this a genuine possibility. He put out his hand. ‘Welcome to Maria Chitambo School, Mister Bracewell. Term begins in three weeks.’
‘I must confess immediately that I am no Catholic,’ I said. ‘I don’t even believe in God, really.’
‘God can take many forms,’ he said. ‘A kindness.’ He waved at the baobab looming over us. ‘A tree.’